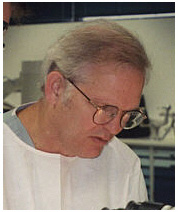 The scientific program for the 14th Annual Meeting of the North American Skull Base Society has been finalized. The annual meeting will take place at the Peabody Hotel in Memphis, Tennessee, February 22-25, 2003. The Pre-meeting Anatomical Workshop is planned for February 19-21, 2003, at the Medical Education & Research Institute (MERI). Because of the capabilities of the Medical Education & Research Institute, this year a simultaneous endoscopic workshop will be held on February 21, 2003. 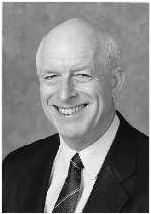 Each year, the North American Skull Base Society honors one or several individuals who have made major contributions to one of the disciplines dealing with the management of patients with diseases of the skull base. President Jon H. Robertson is pleased to announce the Honored Guest for 2003 will be Paul J. Donald, MD. Dr. Donald will present the Honored Guest Lecture and receive the Honored Guest Award at the 14th Annual Meeting in February 2003.

Dr. Donald is a Professor and the Vice Chairman, Department of Otolaryngology/Head & Neck Surgery, University of California, Davis, School of Medicine, in Sacramento, California. Dr. Donald was born in 1938 at New Westminster, British Columbia, Canada, and is married with four children. His undergraduate work was done at the University of British Columbia, Vancouver, BC. His medical education was done also at the University of British Columbia. He performed his internship at the Royal Jubilee Hospital, Victoria, BC, and did his residency training in general surgery at the Canadian Forces Hospital Esquimalt, Victoria, BC and at Saint Paul’s Hospital, Vancouver, BC. He then trained at the Department of Otolaryngology and Maxillofacial Surgery, University of Iowa Hospitals in Iowa City, Iowa. Dr. Donald was the Founding President of the North American Skull Base Society in 1989. He served as the Program Chairman for the organizational meeting of the NASBS in February 1989 and the First Annual meeting in February 1990.